TYE 102: How to Take The Plunge and Do Things Your Own Way with Simba Van Gerpen 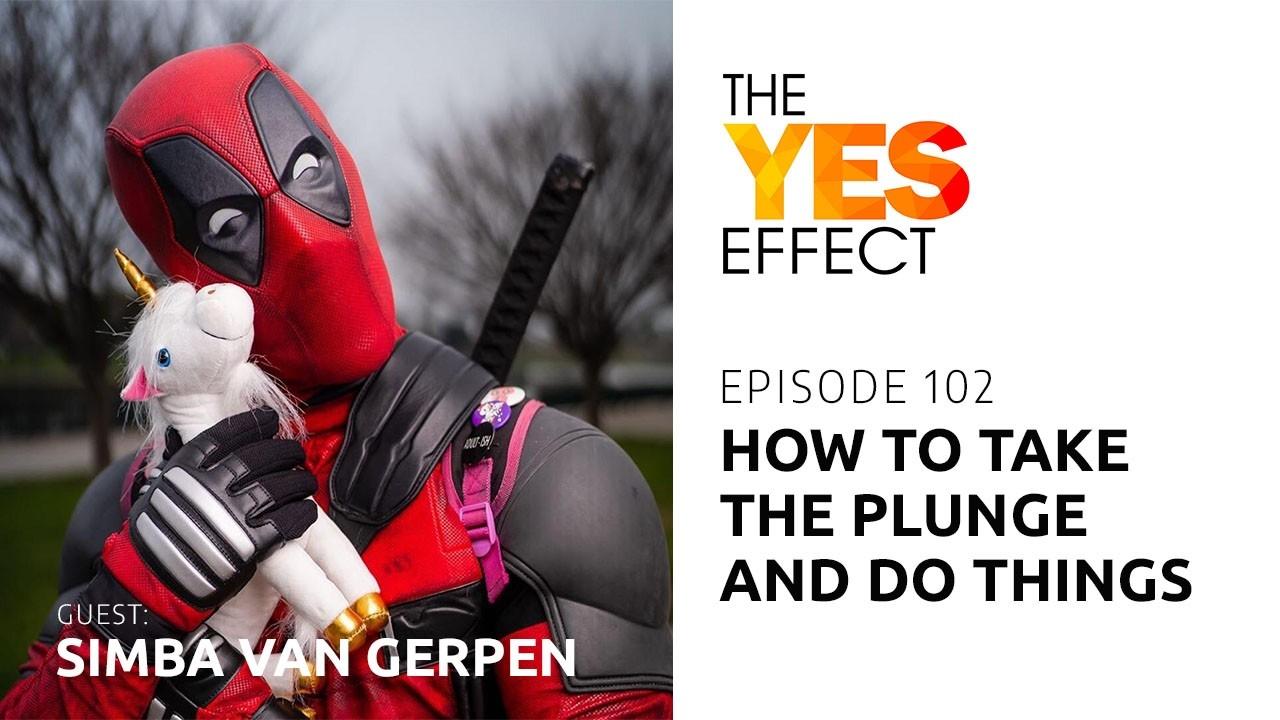 Today’s transformation story is going to knock your socks off! In a little over two years, today’s guest has unleashed his superpower and inspired countless others to do the same. His name is Simba Van Gerpen and this is The YES Effect Show!

Simba is best known for his presence on TikTok, where he has over 3.4 million followers. He cosplays the Marvel character Deadpool in a unique, kid-friendly way, performing dances and skits. Armed with his Hello Kitty backpack and a pair of Crocs, he uses his incredible gift of physicality to entertain and inspire. He’s also a tireless advocate for others who want to break into the world of cosplay. He knows that it’s not how much you spend on your costume, but how you use it, that really matters.

However, just three years ago, Simba self-identified as shy and awkward around people, and he had no following at all on social media. When fires destroyed his hometown of Santa Rosa, his friends asked them to join them and cosplay to lift up kids’ spirits, and something truly clicked. He discovered what he wanted to do 24/7, then used this guiding light to build a life and career he truly loves.

IN THIS EPISODE, YOU’LL LEARN:

LINKS AND RESOURCES MENTIONED IN THIS EPISODE:

I want to remind you that your story matters. Not just the story that you put out into the world, but the internal story about what we believe is possible for ourselves. If you want to know more about creating your powerful story that can change your life, 10X your business, and make selling simple, join us in the Facebook Group Nice Girls Makes Sales. That is where the magic happens!

For full show notes on all of our episodes, visit https://www.shellivarela.com/blog

We'd love to hear from you.

REVIEW THE PODCAST ON iTUNES

LEARN HOW TO GET INTERVIEWED AND BE HEARD

STAY IN THE LOOP WITH THE INSIDE SCOOP ↓

TYE 103: The Power of Embracing Your Authentic Self with Blake Fly
TYE 102: How to Take The Plunge and Do Things Your Own Way with Simba Van Gerpen
TYE 101: Cultivating Freedom with Freelancing with Afton Negrea
SUBMIT A QUESTION TO SHELLI
Close

Just fill in your details below.